A downloadable game for Windows and macOS

- 90+ hours of active gameplay!
- Roguelike elements (recruit over 20 party members, each one with their own dialogue, multiple-ending quest and storyline)
- Dating sim romance system (with marriage)
- Town Building (over 10 building opportunities)- Non-linear plot
- Open-ended quest system (over 65+ titled sub-quests)
- Jrpg combat system with 35+ classes and hidden specializations, and 350+ pieces of equipment
- Decorate your home with more than 45 pieces of furniture, including pets and more!

Read an article about Dungeon Dreams here: "An up and coming star"!

Watch a video review by Indievoice101!

Attention: The OSX version is not compatible with MacOS 10.15 Catalina and above!

Plot Summary
Ecallia. A town visited my many adventurers. Here lies the Dungeon, rumored to be the prison of the so-called "Forsaken God". Either a prison, or a lair, and no one knows what that monster may be doing down there. All we know is that everytime you enter, its structure is different. And his magic is so strong that not only precious loot and monsters are generated inside, but the "Dungeon Curse" is spreading faster affecting all the Ecallians.
You're the new adventurer in town, and your story is up to you.
Does the answer lie in the last floor of the Dungeon? Or in a peaceful life in Town, perhaps with a girlfriend and new friends?

The main character
You're the main character. You get to write his story, from the background to one of the possible endings.
Here's a quick video about character creation and how it affects the game

Meet some of the other characters

Grant is the protagonist's rival - they'll be competing in gaining popularity.


Having fun? Try the "FEMALE VERSION" of Dungeon Dreams:

A new, standalone experience, from an alternate point of view!

In order to download this game you must purchase it at or above the minimum price of $8.99 USD. You will get access to the following files: 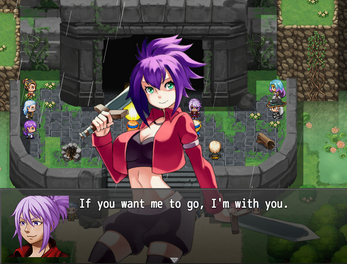 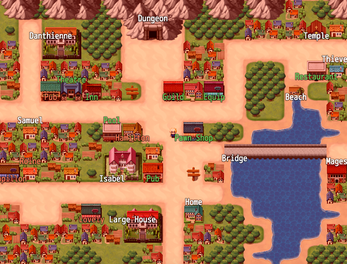 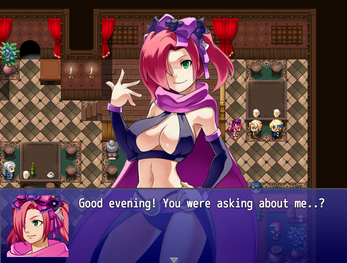 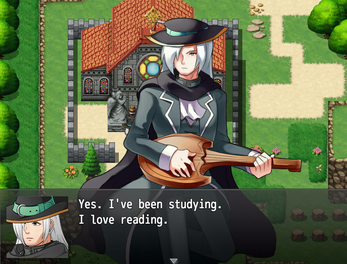 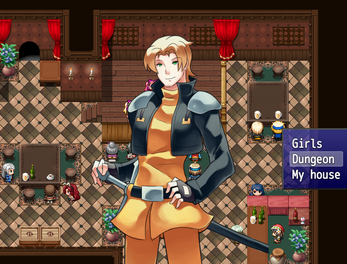